Published by chris.cubilla on February 24, 2012

Microsoft is providing a handful of us pre-selected press with a sneak peek on Thursday February 23 of the coming beta release of Visual Studio 11.

Microsoft is on tap to deliver the beta (known officially as the Consumer Preview) of Windows 8 by February 29. The company also is likely to provide a beta of Windows Server 8 at the same time, I’m hearing. And as of today, we now know that the Softies plan to drop the beta of VS 11 and .Net 4.5 beta on February 29, as well. The VS 11 beta will be available under a go-live license.

Microsoft officials are sharing demos and disclosing new features during the sneak peek today. As part of the Visual Studio 11 beta, Microsoft also will be releasing its Team Foundation Server beta. Included in that beta is a new download of TFS, known as Team Foundation Server Express, which includes new core developer features, including source-code control, work-item tracking, build automation and agile taskboard. That SKU will be free for individual and teams of up to five users.

Microsoft officials have not said when to expect the company to release the final version of Visual Studio 2012. I did notice there are quite a few sessions at this year’s TechEd conference in June around Visual Studio, Team Foundation Server and ASP.Net 4.5. But there’s no word in the session line-up as to whether the final version will be out by then. Whenever the final is released, I’d expect it to coincide with the RTM of Windows 8, since Microsoft seems to be trying to keep the two products in lockstep.

Soma Somasegar, Corporate Vice President of Microsoft’s Developer Division and one of the presenters of the sneak peek, said there are “hundreds and hundreds of new features” in VS11. He said as of the beta, Microsoft is “pretty much done with all the features and functionality” for the product.  VS11 will be designed for both professional and non-professional developers, and will be designed to enable developers to touch-enable their applications.

The three themes Microsoft is pursuing with the product, Somasegar said, include the following: 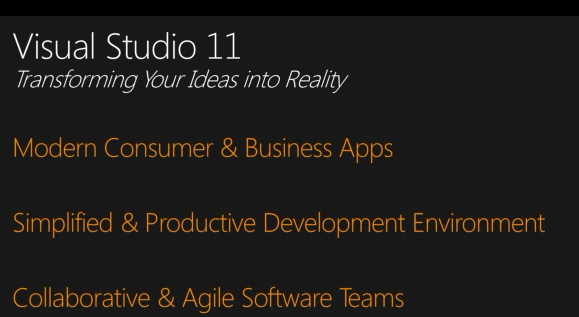 Here are a few more slides from the sneak peek presentation.

Microsoft officials on today’s Webcast emphasized that VS 11 will be aimed at a full cross-section of developers, not just those doing Windows 8/Metro-style apps. There will be enhancements for those building Windows desktop apps, Direct X-based apps and games and client Web apps, too. (There will not be support for XNA on Windows 8, however. Microsoft officials didn’t mention this today, but other Microsoft officials and company watchers have said this semi-publicly before.)

Microsoft officials emphasized that the VS 11 suite will be useful for developing apps beyond Windows client ones. It will also target those developing .Net Framework 4.5 server apps, Windows Azure apps and SharePoint apps. 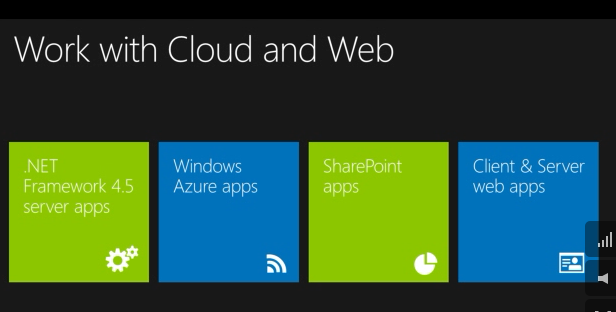 Here’s a quick glimpse of the VS 11 beta screen shown to us today: 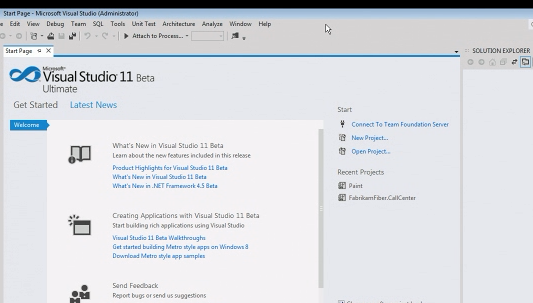 In the Q&A session, Microsoft officials noted that the Visual Studio LightSwitch rapid app development tool is now included in VS Professional and higher. However, in the coming beta LightSwitch won’t (yet) support HTML5 output, they said.

More updates: Microsoft officials today didn’t talk much about new enhancements in the beta specifically targeting Windows 8. The reason? The secrecy edict around all things Windows 8-related. We do know, however, that the coming beta includes support for Windows 8 and Web development, which are supported by Visual Studio Express for Windows 8 and VS11 Express for Web, respectively, according to Microsoft’s February 23 press release.

A list of some of the specific enhancements to VS 11 coming in the other parts of the beta is in Microsoft’s press release.

And a list of the VS 11 beta SKUs and what will be in them is on the Microsoft Visual Studio product site.